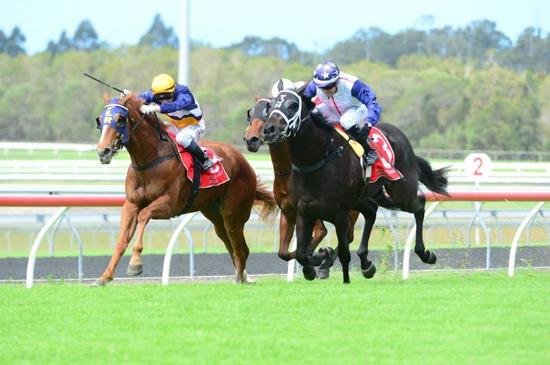 Rippin 'N' Tearin won his maiden at the Sunshine Coast Turf Club first up from a spell on Sunday the 8th October, the gelding who has always shown us nice ability was luckless last campaign but still put in many good performances and it was great to see him break through first up from a spell at his home track. We purchased the horse at the Magic Millions Premier Sale for just $6,000 from the Luskin Park draft and he has taken some time to mature and is still learning what its all about, the horse was ridden by Matthew Morris who has recently returned to race riding and Matt has had a lot to do with this horse having done a lot of work on him as a young horse and works with him a bit at home.

It was also a great result for the connections of this horse many of whom are family and friends so it was a great day for all.