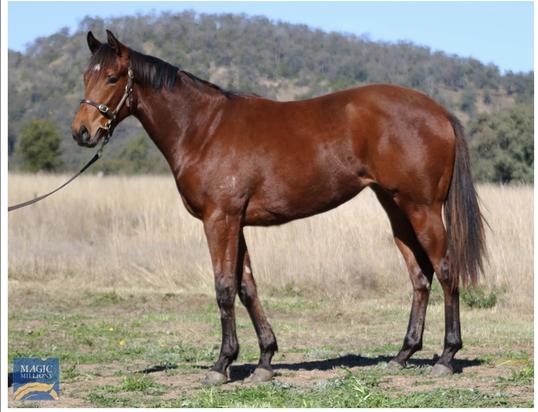 Under The Louvre X Grandline Filly

Sire: Under the Louvre Dam: Grandline

This filly was purchased from the Magic Millions National Sale, she is by the Group 1 winning sire Under The Louvre whose oldest progeny have just turned 2, Under The Louvre competed successfully at the highest level from ages 3 to 6 being a multiple stakes winner & multiple Gr1 placed, a sprinter who would unleash a powerful finish he is an exciting sire prospect. This fillies dam Grandline is a 1/2 sister to the Gr2 Silver Slipper place getter in Esther. A family that can run early it also includes, among others, the Champion 2yo filly Burst, this is a strong black type & winning family that has produced some good fillies.